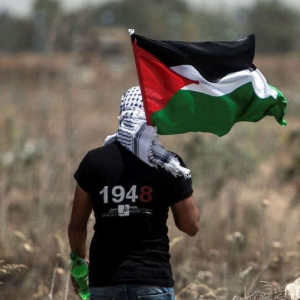 Article from: This Week in Palestine

There are no words to describe what Nakba means for the Palestinian people. While its literal translation is “catastrophe,” the meaning of our Nakba goes well beyond one particular “catastrophe,” and also beyond a particular date. We are not marking 70 years since the Nakba, but rather we mark 70 years of Nakba. Rather than a particular moment, the Nakba has been an ongoing process of systematically denying individual Palestinians the right to live on their land, and the Palestinian people the right to national and political identity. Nevertheless, no matter how many Nakbas each Palestinian has gone through over the past 70 years, all efforts to eliminate the Palestinian people from this land have failed due to our innate connection here and to the heroism of our proud nation.

The ethnic cleansing of Palestine began to be implemented in 1948, but its seeds had been planted decades earlier. While early Zionists disagreed about some tactics and how their state would look or function, inherent in the ideology was the necessity to remove the Palestinians from the land. In 1979, 31 years after the Nakba began, an Israeli political censor forbade Yitzhak Rabin from publishing an account in which he, David Ben Gurion, and Haganah member Yigal Allon agreed that the response to the question “What is to be done with the population [of Lydd]?” was “Drive them out.”

The catastrophe of 1948 was not the end of the Palestinian Nakba since Israel continued its attempts to erase Palestinian identity and national rights. Nakba means the Israeli bombardments of Palestinian refugee camps in Lebanon during the sixties and seventies, the massacres of Qibya and Kufr Qassem, and the execution of those who tried to return to their land. Nakba means the attempts to deny even the existence of history by criminalizing the commemoration of this day for Palestinian citizens of Israel.

Today the Nakba can be seen in the draconian siege against Gaza, in the struggle of the Bedouins in the eastern Jerusalem governorate, in the Old City of Hebron, and also in the Naqab with the so-called unrecognized villages such as Um al-Hiran. These Palestinians were here before the State of Israel and before the occupation. Nakba means that Palestinian refugees remain in Lebanon, Syria, and Jordan, as well as in the United States, Canada, and Australia, without being able to exercise their right to return to their homeland. Nakba means that while millions of Palestinians have succeeded in their lives elsewhere, they’re not able to do the same at home: to work, to study, to invest, to play, to dance, to love, to pray, or simply to be… Palestinian.

But the Palestinian people have not obeyed the dictations of our oppressors. We have been able to survive and to turn our case into an international cause for freedom and justice, on par with the liberation movements of the twentieth century – from South Africa to South Asia; from Ireland to South America. I am certain that those who created the first Zionist committees to implement transfer, with the knowledge of British colonialists, would never have expected that 100 years after the Balfour Declaration, the flag of Palestine would be raised in the United Nations and that 138 nations would recognize the State of Palestine. They would never have imagined that civil society organizations from all over the world would adopt the Palestinian cause as their own and that the rights of Palestinian people would be endorsed and recognized by the international community through the United Nations.

Some of them expected that by the cowardly assassination in 1948 of Count Folke Bernadotte, the UN mediator who had denounced the ethnic cleansing of Palestine, the Palestinian right of return would be eliminated. But, as a result of his reports, the world ended up approving UN General Assembly Resolution 194 guaranteeing the right of return and compensation of Palestinian refugees. Some others thought that by bombarding the PLO in Lebanon, the Palestinian cause would be eliminated. But later on, they saw thousands of Palestinians heroically taking over the streets of the occupied homeland during the first Intifada. Nakba means the attempt to eliminate the existence of Palestine and the Palestinian people. Our collective response to the Nakba has been to strongly embrace our rights as well as our national and cultural identity.

Over the past few weeks, the world has witnessed how the criminal Israeli occupation has opened fire against peaceful demonstrations all over occupied Palestine, and particularly in Gaza. The Israeli government is celebrating the Nakba with part of the repertory used in the ethnic cleansing of 1948: the shooting and terrorizing of civilians. But the past 70 years have proven Israel wrong: Palestine hasn’t disappeared from our collective conscience or will.

In order to “take Jerusalem off the table,” the Trump administration celebrates the Nakba by recognizing Jerusalem as Israel’s capital and by moving its embassy to Jerusalem on the very eve of marking 70 years since the beginning of the Nakba. But Palestine, as noted by Patriarch Michel Sabbah, “doesn’t belong to Mr. Trump but to its people first, and we are its people, we are Jerusalem.” The modern history of Palestine has shown that no matter the asymmetry of power, the people of Palestine will never settle for anything less than their legitimate rights.

As we mark 70 years of Nakba, we remain committed to a just and lasting peace. President Abbas has presented the Palestinian vision of peace, including the full implementation of international law, the refugee issue, and recognizing the State of Palestine in accordance with UN resolutions. We have invited the international community to assume its responsibility in a productive way, by ensuring accountability and a meaningful process with a clear and limited time frame and terms of reference with one clear goal: The full implementation of the long overdue inalienable rights of the Palestinian people in order to close the dark chapter initiated by the Balfour Declaration, continued by this ongoing Nakba that began with the ethnic cleansing of Palestine in 1948. Our objective remains the full realization of the two-state solution on the 1967 borders, with East Jerusalem as the capital of the State of Palestine, to live in peace and security side by side with the State of Israel, and to find a lasting solution to all permanent-status issues, including refugees and prisoners.

As was beautifully expressed by the martyr Ghassan Kanafani, “Everything in this world can be robbed and stolen, except one thing; this one thing is the love that emanates from a human being towards a solid commitment to a conviction or cause.” Our conviction is to return Palestine to the maps, our cause is freedom and justice. As we mark 70 years of exile since the beginning of the Nakba and over 50 years of occupation, we can say that the path to freedom is difficult but not impossible. As the late Mahmoud Darwish said: “The makers of the Nakba failed to break the will of the Palestinian people and to eradicate their national identity through ‘diasporisation,’ through massacre, through pretending that the mirage was a reality, through the production of a counterfeit history (…) They have failed to push us into absenting ourselves or to cast us into a state of amnesic dementia.”