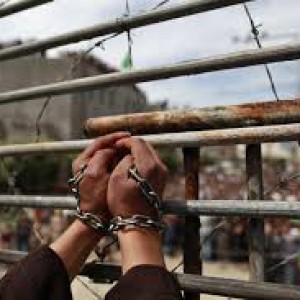 PLO Executive Committee Member Dr. Hanan Ashrawi strongly condemned today’s passing of the first reading of a draft law that would allow the Israeli Defense Ministry to control the funds allocated to Palestinian prisoners and their families from custom revenues transferred to the Palestinian government by Israel.

“The proposed legislation is nothing short of outright theft. Under military occupation, we are unable to control our borders and crossing points. The Israeli occupying power is obliged to collect customs on behalf of the Palestinian government. However, it does so while deducting a 3% charge of the total amount. This makes the military occupation a very profitable economic venture for Israel.

Such funds legally belong to the Palestinian people and should be directly transferred to us without any manipulations or deductions. Any withholding of funds amounts to economic appropriation and robbery.

This deliberate escalation in the Israeli government’s adoption of illegal laws and policies is in the service of its occupation and maintains its coercive system of control.

Israel must not be allowed to persist in treating Palestinian lands, lives and livelihoods as though they are at its disposal.”