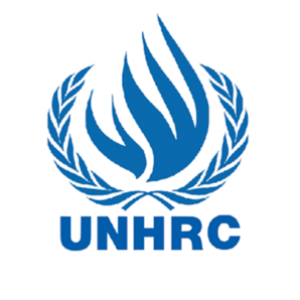 PLO Executive Committee Member Dr. Hanan Ashrawi welcomed the adoption of a UN Human Rights Council (UNHRC) resolution that calls for the formation of an independent, international commission of inquiry 'to investigate all alleged violations and abuses of international humanitarian law and international human rights law in the Occupied Palestinian Territory, including East Jerusalem, and particularly in the occupied Gaza Strip, in the context of the military assaults on the large-scale civilian protests that began on 30 March 2018.’ The resolution also condemned Israel for its 'disproportionate and indiscriminate use of force’ against Palestinian civilians and demanded that it ends its 'illegal closure of the occupied Gaza Strip’:

"On behalf of the Palestinian leadership and the people of Palestine, we express our deep appreciation for the members of the United Nations Human Rights Council (UNHRC) who assumed a principled stand by overwhelmingly voting in favor of this resolution that constitutes a true investment in justice and affirms the international community’s commitment to seeking accountability for Israel’s egregious violations throughout Occupied Palestine and for its deliberate, excessive and violent attacks against unarmed Palestinian protesters in the besieged Gaza Strip.

This resolution also sends a clear and strong message to Israel that its unlawful and immoral actions will not be ignored, condoned or tolerated.

Those countries who voted against the UNHRC resolution are complicit in Israel’s illegal behavior and continued war crimes.  Rather than respecting and acting in accordance with international law and the belief that human life must be protected, the United States and Australia are once again placating the Israeli government at the expense of our fundamental human rights and freedoms.

It is our hope that such positive engagement will be followed by serious punitive measures, including legal, political and economic sanctions, to curb Israel's gross violations indefinitely."