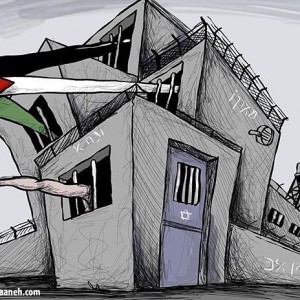 “As we continue to pay tribute to and affirm our support of all former and current Palestinian prisoners within Israeli jails, we are reminded of their steadfastness and unbreakable commitment to independence and justice in the face of the belligerent military occupier’s willful breach and devaluation of their rights and lives.

According to the Commission for Prisoners and Ex-Prisoner Affairs, roughly 6,500 Palestinians are currently being held in Israeli prisons and detention centers, including 350 children, 62 women (8 of whom are female child prisoners), 500 administrative detainees, 1,800 prisoners who require medical care (700 of whom suffer from serious and chronic conditions), 6 parliamentarians and 18 journalists.

Under international law and conventions, including the Geneva Convention relative to the Treatment of Prisoners of War (the Third Geneva Convention), the Fourth Geneva Convention and the International Covenant on Civil and Political Rights adopted by the UN General Assembly in 1966, Israel is legally bound to exercise its powers for the benefit of the occupied area and its people. However, Israel continues to violate the rights of Palestinians, including through arbitrary arrests, its continued use of administrative detention and solidarity confinement, the ill-treatment, abuse and torture of Palestinian men, women, children and the elderly, the transfer of detainees from occupied Palestine to Israel, the deliberate medical neglect and lack of health care for Palestinians, and the constant prevention of visitations by family members, among other violations.

On behalf of the Palestinian leadership and the Palestinian people everywhere, we call on the international community to intervene immediately and bring Israel to fulfill its obligations regarding Palestinian prisoners. We also urge the High Contracting Parties to the Fourth Geneva Convention, the United Nations and the International Committee of the Red Cross to investigate Israel’s gross violations and illegal behavior.

There is no justification or legal basis for persisting with such crimes. Denying Palestinian prisoners their fundamental rights and dignity of humanity goes against all forms of international law and international humanitarian law.

We also demand the immediate release of all imprisoned Palestinian parliamentarians, in particular Marwan Barghouti, Khalida Jarrar and Ahmad Sa’adat; Israel must be brought to adhere to international law and conventions regarding the immunity of elected officials."