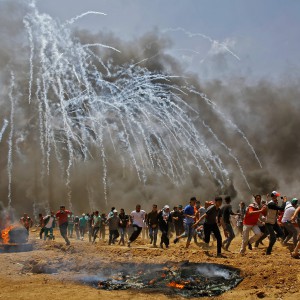 "On the same day that the United States officially relocated its embassy to occupied Jerusalem, Israel murdered 55 unarmed Palestinians, including children, and injured 2,000 more who were protesting America’s illegal and disastrous move, commemorating the 70th anniversary of the Palestinian Nakba ("Catastrophe") and affirming the right of return for Palestinians.

We urgently appeal to all members of the international community to stop the bloodshed against the captive people in Gaza immediately.

We also urge the High Contracting Parties to the Fourth Geneva Convention and the ICC to convene and investigate Israel’s gross violations and flagrant war crimes.

This deliberate massacre, as well as other massacres committed by Israel, should not go unpunished."