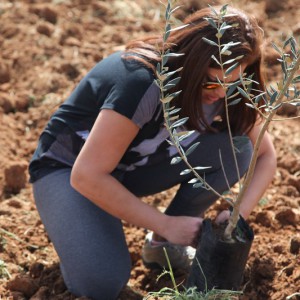 Israeli occupation laid hand over more than 85% of the total area of historical land of Palestine, which totals about 27,000 km2. Arabs comprise 48% of the total population, but utilize only 15% of the land. The Palestinian people remember the confiscation of 21 thousand dunums of land in Al-Jalil, Al-Muthalath and Al-Naqab on 30 March 1976. On this day, the Israeli occupation expropriated the land and responded violently to the protestations, killing six young demonstrators.

At the time that the Israeli occupation demolish Palestinian buildings, and put obstacles and impediments to the issuance of building permits, they approve licenses to construct thousands of housing units in Israeli settlements on the Palestinian lands of Jerusalem. The Israeli occupation began building 1,600 housing units in the settlements of Gilo and Harhoma during the year 2017 within the framework of a plan to separate the city of Jerusalem from the city of Bethlehem, and it accelerated the preparation of plans for the construction of a new settlement on the Qalandia airport to isolate Jerusalem from its Arab surroundings from the North West side, in addition to the annexation of 250 dunums to follow the municipality of Jerusalem, which falls within the area so-called "no-man's land since 1967 for the establishment of new settlements projects, as well as announcing a plan to build 6 hotels including 1,300 hotel rooms on the lands of Jabal AL-Mukaber.

Demolish of Housing Unit and Establishment

The violations of the Israeli occupation against the Palestinians continue, in terms of demolishing buildings (housing units and establishments) and forcible displacement of residents. Israeli occupation demolished 433 buildings in 2017 (houses and establishments), forcibly displacing 700 persons in the West Bank and East Jerusalem, half of whom are children. They also threatened to demolish 1,030 buildings in 2017, at a time when the needs of housing units for Palestinians increase. In figures, about 61% of households in Palestine need to build new housing units over the next decade according to the reported data survey of housing conditions in 2015 (one residential unit or more).

Indicators of Housing Demolished in Jerusalem 2000 - 2017

The Israeli measures are one of the main reasons for the decline in agricultural land in the West Bank. Area C forms about 60% of the West Bank, which is still under full Israeli control, depriving many farmers from accessing their land and farming it. The Israeli occupation razed and uprooted about 10 thousand trees in 2017,  70,200 dunums are cultivated with irrigated crops were transferred to the settlers in the Israeli settlements.