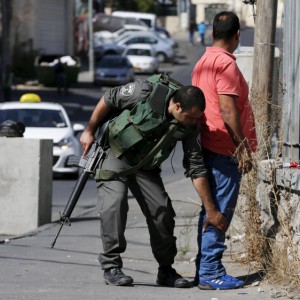 Since its 1967 occupation of East Jerusalem, Israel’s legal and administrative actions in Jerusalem have sought to assert it as a sovereign part of Israel with a solid Jewish majority. To this end, Israeli policies encourage Jewish-Israeli settlement while forcibly transferring the indigenous Palestinian population. One of its most effective policies facilitating forcible transfer is the legal regime that governs Palestinian residency rights in Jerusalem.

Residency Revocation: What Does It Mean and What is the Impact of the “Breach of Loyalty” Bill?

After occupying the West Bank and Gaza Strip in 1967, Israel redrew the municipal boundaries of Jerusalem and issued permanent residency documents to all the indigenous Palestinian inhabitants. These “Jerusalem IDs” as they are colloquially known, confer permanent residency status that can be lost for a number of reasons, including if Palestinian Jerusalemites receive citizenship in another country, or if they fail to show that their “center of life” is in Jerusalem.

In general, permanent residency is the status given by a state to foreigners who decide, and are permitted, to permanently reside in that state. It is also frequently a transitional status from non-citizen to citizen. This status assumes that the person is a citizen of, and his or her home is in, another country. This is not the case for Palestinians of occupied East Jerusalem; Jerusalem is their present-day and ancestral home.  In contrast, any Jew from anywhere in the world can enter Israel and, under the “Law of Return of 1950,” automatically become an Israeli citizen and move to occupied East Jerusalem.

From 1967 to today, Israel has revoked at least 14,000 Jerusalem IDs from Palestinian residents of the city, usually because they lived abroad for an extended period of time, acquired a nationality, or failed to show that their “center of life” was in Jerusalem. Following the second intifada, Israel began revoking the residency of Palestinians that had breached the loyalty of the state. Following a several-year legal battle that is emblematic of Israel’s use of its judiciary to legitimize illegal, internationally wrongful and discriminatory practices, the Knesset just passed a law that will allow for the Jerusalem ID holders to lose their permanent residency status if they do not show “allegiance to the state.”

Israel’s policy goals in occupied East Jerusalem are clear: to maintain the Jewish demographic majority in Jerusalem.  This ambition was officially stated in a 1973 report by the inter-ministerial Committee to Examine the Rate of Development for Jerusalem.  In this report the recommendation was made that the “demographic balance of Jews and Arabs must be maintained as it was at the end of 1972.” The balance at that time was 73.5% Jewish and 26.5% Palestinian.  Since 1973, this policy goal has been restated numerous times in Israeli policy briefs, news releases and even formal development plans. Official Israeli “development” plans for Jerusalem in 2020 sought a 70% Jewish and 30% Arab demographic split in the city. Achieving these ends necessarily means that Israeli policies will have to forcibly transfer Palestinians who currently make up almost 40% of the Israeli-defined municipality’s population.

The Buildup to the Loyalty Bill: Decades of ID Revocations
From 1967 to today, over 14,000 Palestinians have lost their Jerusalem ID. Once this is revoked, they can no longer access Jerusalem and they lose their ability to reside there. For many, they are forced to permanently settle outside of Jerusalem, whether it is in the West Bank or outside of historic Palestine.

The 2006 Interior Ministry decision revoked the status of four Palestinian Jerusalem ID holders, but the case was stuck in court for over a decade. In early 2016 and before the Israeli courts ruled on the issue, Israel again invoked this power to strip three 18 and 19 year old Palestinians of their IDs for throwing stones. In September 2017, the High Court of Justice held that the Interior Ministry did not have the statutory authority to strip East Jerusalem ID holders of their legal status, but postponed the application of the decision for 6 months to permit the Knesset to pass a bill to provide for the statutory authority.

The “Breach of Loyalty” Bill

1) explicitly permit the Ministry of Interior to cancel permanent residency status provided to Palestinians in Jerusalem; and

2) revoke the permanent residency status of those who have committed a “breach of loyalty to the State of Israel.”

There are three meanings of the breach of loyalty:

a) participation in terrorism, including assistance, attempt or incitement; or membership in a terrorist organization or its affiliated political parties;

b) any act of espionage that impairs national security, or treason, which includes impairing the sovereignty of the state (for Israel, the “state” includes Israeli sovereignty over East Jerusalem; and

c) acquisition of citizenship or right to permanent residency of certain Arab or Islamic countries.

Israel frequently uses its internal legal system to legitimize illegal and internationally wrongful acts. In this case, the interaction between the High Court of Justice (HCJ), the Interior Ministry, and the subsequent Knesset Bill exemplifies the complicit role its judiciary plays. The HCJ decision of September 2017 appears to protect Palestinian rights by preventing their ID revocation in the moment and the case at hand, but the decision left it for the Knesset to act. This created a legal framework and blueprint for what the government could do to effectively revoke IDs in the future.

The HCJ decision prompted and pre-emptively legitimized government action from the legislative branch on the issue—the legislative branch being the more legitimate public organ to enact public policy changes like this than the courts. Had the courts permitted the revocation of the IDs, it might have appeared to just rubber-stamp executive actions; but by prompting the legislative branch to act, it resembled the checks and balances of a liberal, democratic nation-state, while encouraging buy-in from all three branches of government in complicit in illegal and internationally wrongful acts.