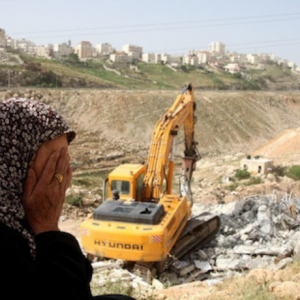 The PLO Executive Committee strongly condemns the recent Israeli escalation against Jerusalem, including the demolition of Palestinian homes, the repeated arrests of senior officials like the Governor of Jerusalem, Adnan Ghaith, as well as the provocative raids on Muslim and Christian holy sites by Israeli ministers. The Israeli establishment has clearly been emboldened to escalate its campaign of forced expulsion, murder and theft of Palestinian land and resources. This is evident in the recent, aggressive actions of the Israeli occupation authorities in East Jerusalem, which are part of a comprehensive plan against the Palestinian people, and reflect the racist, extremist and colonial nature of Israel's policies against the Palestinian people.

These incendiary, illegal and hostile Israeli actions coincide with the election of the most extreme right-wing Knesset in Israel's history and with the US administration’s irresponsible endorsement of their agenda. This includes recent statements by US Secretary of State, Mike Pompeo, that signaled the administration’s tacit endorsement of Benjamin Netanyahu’s pledge to annex large parts of the occupied West Bank, which is a flagrant violation of international law, including the UN Charter. This endorsement of illegality and hostility threatens to destroy any prospect of a political resolution to the conflict, and undermines the standing and integrity of international law as the universal framework for conflict resolution.

States that willfully violate international law, like Israel, must be held accountable for their actions, including through international accountability mechanisms like the International Criminal Court. This is an international responsibility incumbent upon all states. Furthermore, we call on responsible states that opposed the Trump administration's unilateral and unlawful decision to recognize Jerusalem as the capital of Israel to assume their responsibilities and to act to deter Israel's dangerous actions.