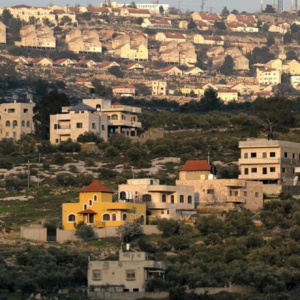 (May 2, 2020): "In recent days, we have witnessed courageous and outspoken voices from all over the world condemning and warning against Israeli annexation. The European Union, the Arab League, the United Nations, Russia, China, 131 current and former UK officials, 11 US Congress members, 11 European ambassadors who delivered a demarche, UN Special Rapporteur Michael Lynk and other principled voices who have taken a just stand.

These are positive indicators of change which remind us that the time to hold Israel accountable is long overdue and Israel should not enjoy the usual preferential treatment from the international community. Israel must be sanctioned just like any other belligerent state which violates international law.

Israel's crimes are allowed to persist in the absence of serious tools and the will to adopt measures of accountability. We urge those principled voices to take proactive steps in order to deter Israeli crimes especially in view of the impending annexation as openly declared by Netanyahu and encouraged by Pompeo. The seriousness embodied in the recent statements should effectively end decades of preferential treatment and exemption from adherence to international norms, standards and laws that Israel has enjoyed. If pursued seriously, such a development is capable of becoming a genuine deterrent, regardless of American cover and collusion. The international  community must protect the standing and relevance of its rules-based system and prevent Israel from trampling all over it and with impunity and contempt."