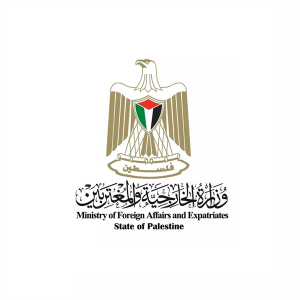 The State of Palestine, through the Ministry of Foreign Affairs and Expatriates, welcomed the vote of the members of the annual General Conference of the British Labor Party, held in Brighton, Southern England, on a resolution supporting the use of sanctions against Israel and calling for the immediate recognition of the State of Palestine.

The Labour Party members voted by a clear majority for the resolution condemning "the ongoing Nakba in Palestine, Israel's military attack on Al-Aqsa Mosque, the deliberate displacement of Sheikh Jarrah and Israel's war on Gaza" and welcoming the International Criminal Court's investigation into Israel's crimes.

The conference also referred to a resolution issued by the Trade Union Conference in 2020, which described Israel’s settlement activity as part of the crime of apartheid committed by Israel in the occupied territories, calling on trade unions in Europe and all over the world to “join the international campaign to stop the annexation of lands and end the apartheid regime.” .

Today's draft resolution called on the Labour Party to set strict standards on commercial activities with Israel, including a ban on the sale of British arms to Israel that would be used to violate human rights in Palestine and a ban on trade with illegal Israeli settlements in the occupied territories. The resolution demanded that the Labour Party stand on the right side of history and immediately recognize the state of Palestine.

The Ambassador of Palestine to the United Kingdom, Dr. Husam Zomlot, has said that the Labor Party's decision marks a turning point in the definition of the conflict by a major British party that may form a government in the upcoming elections.

Zomlot said that the importance of the decision comes from a position that consolidated within the party in the face of Israel's intransigence and failure to approach the peace process and the two-state solution in accordance with international resolutions. He added that the resolution announces the start of calling things by their proper names, describing Israel as a colonial apartheid regime, and supporting the legitimate right of the Palestinian people to resist colonialism, occupation and apartheid.

The ambassador added that the decision of the General Conference of the Labor Party to impose a comprehensive ban on settlement goods, on British companies operating in illegal settlements and to stop the exporting of arms to the occupying country constitutes an important development in the party's positions, in addition to re-emphasizing the immediate recognition of the State of Palestine in the event the party forms a British government. The ambassador thanked the friends of Palestine in the party, the trade unions, the Palestine advocacy campaign in Britain, and the members of the Labor Party for their tireless efforts towards reaching this important decision.