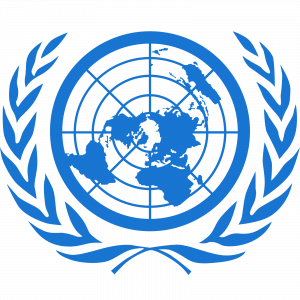 Statement by Dr Riad Malki, Minister of Foreign Affairs and Expatriates of the State of Palestine before the Durban Conference: Reparations, Racial Justice and Equality for People of African Descent.

I come to join you today in solidarity and fraternity from Palestine, where tragically the most pervasive forms of modern colonialism, apartheid and racism continue to exist. Yet, in the face of such injustice, I reaffirm our inalienable and collective rights to equality, freedom, and dignity, a life free of racism and discrimination and our hopes for and commitment to the parity of all women and men in this world.

I rest on the solid foundation of the Palestinian people’s historic and unwavering support to our African sisters and brothers, whose valiant struggle for freedom remains a vital cog in Palestine’s compass towards liberation, a struggle we carry forth even under the most difficult and oppressive of circumstances.

Our path to a more peaceful future, one that is grounded in respect for human rights and equality for all, must be based on the redemption of history. Our future, and that of our children, must be free of the shackles of evils and painful legacies that have defined and continue to define the lives of millions around the world.

Modern racism and discrimination, in all its forms, is an unacceptable indignity rooted in the historic injustices of slavery and colonialism and remain largely unaccounted for. This is why accountability through reparations, restitution, compensation, rehabilitation, and guarantees of non-repetition are vital elements for the viability, stability and longevity of our global order.

In calling for the dismantlement of these racist structures, the Durban Declaration has been a clarion call for anti-racism advocacy and action worldwide. The State of Palestine, therefore, reminds the international community, especially States who still cling onto their colonial legacies – or support modern-day colonialism – that they have moral, political, legal, and economic responsibilities to uphold Durban’s principles and commitments, not just in words, but in deeds.

Recognizing and accounting for the realities of racism, colonialism, and apartheid is undermined by the unwarranted attacks against the Durban Conference. We cannot but regret and reject the decision of some States to boycott the Conference given its noble objectives, including putting an end to entrenched attitudes of exceptionalism and superiority that have long been at the root of the endemic racism against our African brothers and sisters and at the origin of centuries of injustice and suffering. We must acknowledge those root causes and reject them. The mantle of privilege and superiority, claimed by some, must no longer be tolerated or embraced.

That same exceptionalism has caused immeasurable suffering to the Palestinian people for decades. It is time to right the wrongs of history. Let us seize this moment.

I conclude by reaffirming the bond between the Palestinian and African struggles; an ongoing fight of two peoples, dehumanized and relegated to inferior status, in the context of racial regimes with varying types of repression, legal codes, and perpetrators. Our peoples will persevere. We will not relent. We owe it to our peoples to fight for a reality free from racism and the structures of oppression that thrive upon it. We have the tools to do so, as enshrined in international law. Let us pledge to uphold the law and respect it for ourselves and our brothers and sisters in the human family.