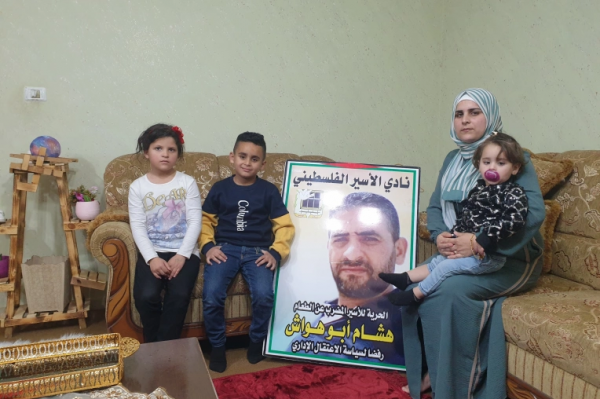 - Al-Haq, Law in the Service of Mankind

For the attention of the United Nations:

- Special Rapporteur on the situation of human rights in the Palestinian territory occupied since 1967, Mr. S. Michael Lynk;

- Special Rapporteur on the right of everyone to the enjoyment of the highest attainable standard of physical and mental health, Ms. Tlaleng Mofokeng;

- Special Rapporteur on Torture and Other Cruel, Inhumane or Degrading Treatment or Punishment, Prof. Nils Melzer; and

- Special Rapporteur on the Independence of Judges and Lawyers, Mr. Diego Garcia-Sayan.

Further, the Israeli occupation regime's systematic and arbitrary practices of administrative detention grossly violate several international conventions,(3) most especially relating to internationally recognized principles of a fair trial, and its extensive use as a form of collective and a substitute for criminal punishment beyond strict parameters for "imperative reasons of security" set out under the Fourth Geneva Convention.(4) Israeli occupation authorities continue to place Palestinians under administrative detention indefinitely without charge based on secret material that can be disclosed to neither the detainees nor their lawyers. In addition, the IOF and Israeli 'Shin Bet' Intelligence employ administrative detention as a coercive and retaliatory measure targeting Palestinian activists, civil society members, students, former prisoners, and family members. Further, the Israeli occupation regime's arbitrary, systematic, retaliatory, and often coercive application of administrative detention against Palestinian prisoners gives rise to the crime of torture.(5)

In light of the above, Addameer and Al-Haq note with grave concern the poor living conditions Palestinian prisoners are subjected to by the IPS and the already deteriorating health conditions of some prisoners. We urge your respective mandates to intervene immediately to:

- Call on the Occupying Power, Israel, to immediately release Palestinian detainee Hisham Abu Hawash whose life is under imminent threat, and guarantee his right to liberty and freedom from arbitrary arrests and detention;

- Call on Israel and the Israeli Prison Services to ensure and uphold Palestinian detainee Hisham Abu Hawash's right to the highest attainable standard of health and mental health, as well as the right to life, as well as avoid and end all forms of reprisals against the striking prisoners;

- Call on the international community and all High Contracting Parties to the Fourth Geneva Convention to fulfill their obligations towards protecting human rights and ensuring the implementation of international humanitarian law.

(2) On 17 October 2021, documented by Addameer Prisoner Support and Human Rights Association discussed in greater detail below.

(3) Including the forcible transfer of administrative detainees from the occupied territory to internment inside the Occupying Power, in direct violation of Articles 49 and 76 of the Fourth Geneva Convention; the denial of regular family visits; the failure to separate administrative detainees from the regular prison population; and, in the case of child detainees, the failure to consider the child’s best interests as required under international law.

(5) Convention Against Torture and Other Cruel, Inhuman or Degrading Treatment or Punishment, 10 December 1984 (Entry into force 26 June 1987)