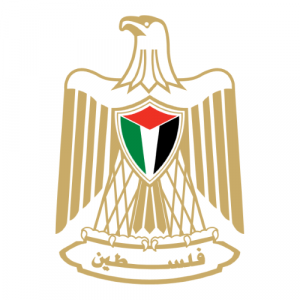 On Friday, August 5, 2022, Israel launched a three-day premeditated military assault on the Palestinian people in the besieged Gaza Strip, allegedly to “deter” Islamic Jihad from possible retaliation for its leader’s arrest. Israel’s bombardment killed 48 Palestinians, including 17 children, and wounded 400 others. Residential buildings and neighbourhoods, vehicles, and main roads leading to hospitals were all targeted, causing massive infrastructural damage and exacerbating the existing humanitarian crisis resulting from Israel’s ongoing illegal blockade of the Gaza Strip. This is the fifth Israeli aggression on Gaza in less than fifteen years, and Israeli officials have once again attempted to justify these violations by invoking Israel’s so-called right to self-defence. The Australian position shared by its Ambassador to Israel echoed this sentiment, indicating a pertinent need for a bold discussion in Australia about the principle of self-defence, rooted in international law.

The principle of self-defence is guaranteed under Article 51 of the United Nations Charter in cases of an armed attack by another State. Article 51 is part of the body of international law that governs when States may resort to war or use of force (jus ad bellum), but the existence of an occupation presupposes the existence of an armed conflict. Moreover, the mere presence of an occupying power is a belligerent act and a crime of aggression under the Rome Statute, and cannot be retroactively justified by reference to the right of self-defence. Furthermore, the International Court of Justice clearly established in its 2004 Advisory Opinion on the Legal Consequences of the Construction of a Wall the non-applicability and irrelevance of the “self-defence” argument in the context of Israel’s illegal military occupation stating: “Israel does not claim that the attacks against it are imputable to a foreign State. The Court also [noted] that Israel exercises control in the Occupied Palestinian Territory and that, as Israel itself states, the threat which it regards as [justification for self-defence] originates within, and not outside, that territory.”

It is important to note in this context that despite its ‘withdrawal’ from the Gaza Strip in 2005, Israel continues to exert effective military control over the area such that the laws of occupation continue to apply. The lack of a (continual) physical presence of Israeli military personnel in the territory does not undermine this fact. As reaffirmed by the United Nations Security Council in its resolution 1860 (2009), the Gaza Strip is an integral part of the occupied Palestinian territory, including East Jerusalem, occupied by Israel since the armed conflict in 1967. Until and unless it relinquishes military control over the Gaza Strip, Israel remains the Occupying Power and is thus bound by the laws of occupation applied to the entire territory of the State of Palestine occupied by Israel, as defined by the Fourth Geneva Convention of 1949 (relative to the Protection of Civilian Person in Time of War) and the Hague Regulations of 1907.

An occupying power is only entitled to the use of force within the territory it occupies in the context of regular law enforcement (according to Article 43 of the Hague Regulations), and may never direct attacks against civilians and civilian objects. Rather, Israel is obligated as an occupying power to act in the best interest of the occupied Palestinian population, extend protection to them, respect the laws in force in the occupied Palestinian territory, and take measures to ensure, as far as possible, public order and the safety of the protected population, instead of conducting itself in a manner that renders it as the most hazardous and life-threatening concern of the Palestinian people.

It is also important to note that Israel is not able to relinquish its responsibilities as an occupying Power to justify the use the of excessive force against a civilian protected population, and that none of the rights of protected persons derived from the Fourth Geneva Convention may be terminated by Israel in any case or in any manner whatsoever. Furthermore, and regardless of the applicability of the laws of occupation, in conducting military operations in the Gaza Strip, Israel is bound by international humanitarian law.

Israel’s systematic violations against the protected Palestinian population through excessive military force and unjustified destruction of civilian property are criminal breaches of its obligations as an occupying power and international law, not acts of self-defence. Israel’s invocation of its so-called “right to self-defence” to justify its violations against the Palestinian people must not be appeased.