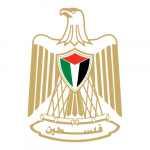 Unfortunately, this decision comes at a time when nothing is being done to condemn or counter the escalating violence of extremist settler groups, who have been committing acts of terror against the Palestinian people in the occupied territories, including Jerusalem, since 1967. These violent extremists are murdering Palestinians, burning their homes and trees to the ground, and expelling them from their land under the protection of the Israeli occupation forces. Australia has given the green light for extremist Zionist groups to operate freely on their soil along with some Australian citizens to raise funds for illegal settlements and recruit soldiers for Israel, and has a clear pattern of anti-Palestinian voting, including voting against our right to self-determination. Australia cannot be considered an honest or impartial partner for peace and stability while displaying such double standards.

We regret that the Australian government still does not recognize the State of Palestine and the right of the Palestinian people to self-determination. The State of Palestine has consistently pursued a peaceful strategy and adhered to agreements signed with Israel. Meanwhile, Israel violates all agreements by carrying out illegal settlement activities, demolishing homes, expelling Palestinians from their land, and stifling the Palestinian economy within the framework of a racist and oppressive system.

It is also important also to consider the harm caused to Palestinian, Arab, and Muslim Australians witnessing their government’s refusal to take an even-handed approach.

Australia's friendship with Israel should not be at the expense of international law. By condoning Israel’s illegal and oppressive practices, the Australian government holds Israel to a different standard than the rest of the world and encourages Israel to continue its aggressive violations against the Palestinian people.