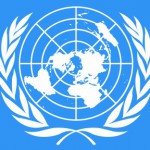 "These mass demolitions raise serious concerns about the prohibition on forced evictions under international human rights law, and Israel’s obligations to respect, protect and fulfill the rights of Palestinians to adequate housing and freedom from arbitrary or unlawful interference with privacy, family and home,” said Rupert Colville, spokesperson for the Office of the High Commissioner for Human Rights

I want to thank President Abbas for this opportunity to speak to him once again. The last time that we had an extensive discussion was in Ramallah during my visit to both Israel and the West Bank. And at that time I said to both sides that I remain deeply committed, and the United States remains deeply committed to bringing about a just and lasting peace to a conflict that has been going on too long.

In response to the brutal attack on foreign diplomats in the Jordan Valley few days ago, Dr. Ashrawi sent the following letter to the involved countries. 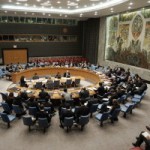 Ambassador Mansour sent an identical letter to the Secretary-General, President of the Security Council and President of the General Assembly regarding the reality on the ground in the Occupied Palestinian Territory.

The Government of Palestine’s Report to be presented at the
Ad Hoc Liaison Committee meeting in New York on 25th September,2013.
Prepared by the Palestinian Ministry of Planning and Administrative Development 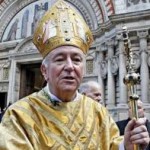 England’s most senior Catholic, the Archbishop of Westminster, Vincent Nichols, has spoken out about the impact of Israel’s security barrier on the lives of West Bank Palestinians.

He also referred to the “state of Palestine”, while calling on Catholics to pray for a successful outcome to Middle East peace talks. 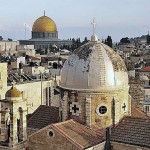 A report by the Catholic human rights group, the Society of St. Yves, published on Monday said the Israeli Ministry of Interior has rejected 43% of the applications for family unification submitted by Palestinians since the year 2000 and 24% of the child registration applications submitted since 2004. 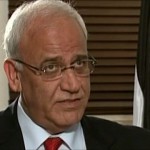 TWENTY YEARS have passed since the celebrated Arafat-Rabin handshake on the White House lawn. Twenty years have passed since the establishment of the Palestinian National Authority. Twenty years have passed since the formal start of the peace process. This year marks twenty years of shattered hopes and unfulfilled obligations, of promises betrayed and an illegal colonization process that not only continues to intensify, but has inched us ever closer towards permanently ending any hope for a peacefully negotiated two-state solution. On September 13th, 1993 the Declaration of Principles on Interim Self-Government Arrangements between Israel and the PLO (“Oslo I”) was signed. However, Israeli bulldozers kept bulldozing, and with every illegally placed stone, the hope for peace faded. Since 1993, Israeli settlers have tripled in number, their settlements choking and separating East Jerusalem from the rest of the West Bank and fragmenting the West Bank itself into loosely connected cantons. This publication spells out how the OSLO PROCESS metamorphosed into a process of colonization, taking us ever further from a just and lasting solution to this conflict. 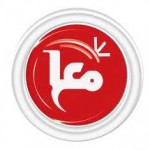 "A report published Monday by an Israeli rights group reveals "deep gaps" in the education system for Palestinians and Israelis in Jerusalem.

The report published by Ir Amim and the Association for Civil Rights in Israel found that there is a severe shortage of classrooms in East Jerusalem, a higher dropout rate and "tremendous disparities" in the allocation of professional positions between the two educational systems." 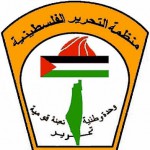 Dr. Ashrawi stressed, “Israel is forging a new reality for Jerusalem by annexing Jerusalem and destroying the authenticity and character of the city with its draconian laws. With its policies of demolishing Palestinian houses, evicting Palestinians from their ancestral homes, revoking Palestinian IDs and constructing illegal settlements and the Apartheid Wall, Israel is sending a message to the world that Jerusalem is an exclusively Jewish city where Palestinian Christians and Muslims have become temporary residents at the mercy of Israeli occupier. Without East Jerusalem as our capital, there can be no Palestinian state or any hope for peace.”