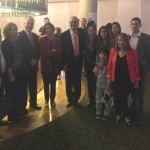 The General Delegation of Palestine to Australia, New Zealand and the Pacific in collaboration with the United Nation Information Center (UNIC) in Canberra and the Council of Arab Ambassadors held an event at Palace Electric Cinema in Canberra to mark the International Day of Solidarity with the Palestinian People on the 27th of November 2015 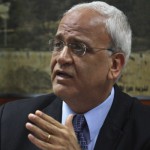 The Secretary-General of the PLO, Dr. Saeb Erekat, expressed his appreciation for the Swedish Minister of Foreign Affairs, Margo Wallstrom’s remarks Wednesday regarding clarification on the escalated violence and extremism in the Middle East. Dr. Erekat stressed that these statements serve as a path for peace and the restoration of confidence in the international community for their silence of continued Israeli violation of international law endured for decades by Palestinians. 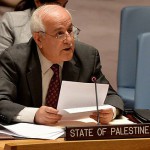 Identical letters to the UN by H.E. Ambassador Dr. Riyad Mansour Mansour, Permanent Observer of the State of Palestine to the United Nations , on continued Israeli Violations and Crimes Against the Palestinian People. 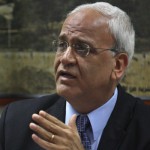 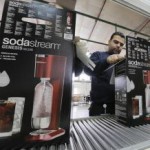 In response to Israel’s non-compliance with EU legislation and in line with the EU’s commitment to international law, on 11 November 2015, the European Commission issued its anticipated Interpretive Notice on indication of origin of goods from the territories occupied by Israel since June 1967. This notice essentially aims to ensure that EU member states correctly implement already existing EU legislation on the indication of origin of products. But most importantly, the notice represents a joint EU measure to comply with its legal obligation not to recognise Israel’s unlawful exercise of sovereignty over the Palestinian territory. It is with this intention in mind that the Palestinian Human Rights Organisations Council welcomes the commission notice and call for its full implementation by all the EU member states. 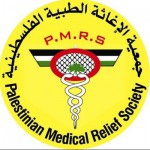 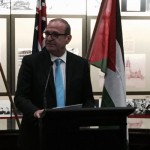 In his speech at the celebration of Palestine's Declaration of independence yesterday at the NSW Parliament House, ambassador of the State of Palestine, H.E. Mr Izzat Abdulhadi said: "Tonight here together, we celebrate the Declaration of Independence proclaimed in 1988. Today in 2015, we recognize all the struggle, all the sacrifices, and the achievements made since 1988.
His Excellency called on the Australian government to join the 140 countries already recognize Palestine as a state, saying: “We all would like to see more political commitment from the Australian government... we’re just waiting for Australia to catch up. It’s in Australia’s strategic interest to join the 140 countries that already recognize Palestine as a state.” 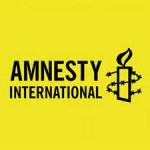 The draft resolution calls on Israel and Palestine to “to refrain from referring… a situation concerning Israel or the Occupied Palestinian Territories to the International Criminal Court.” 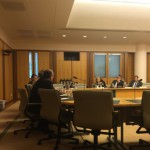 This morning His Excellency, Ambassador Izzat Abdulhadi met with the Australian Parliamentary Joint Standing Committee for Foreign Affairs Defence and Trade to discuss the current situation in Palestine.

His Excellency, called on members of the Joint Standing Committee to uphold Australia’s role as a good international citizen by taking the following actions:

Recognise the State of Palestine,
Support the Palestinian resolutions in the upcoming United Nations General Assembly session by voting in favour of implementing the Fourth Geneva Convention in the OPT and in favour of condemning Israeli settlement expansion in the OPT,
Support the Palestinian call for the Security Council to provide an International Protection Force in Occupied East Jerusalem to protect the Palestinian people from collective punishment, extrajudicial executions and the excessive and disproportionate use of force against civilians by the dominate military power Israel,
Support the Palestinian approach to multilateral diplomacy based on international law, UN Resolutions, human rights and the pragmatic attainment of a two-state solution,
Take immediate action to pressure Israel to cease its excessive use of force and collective punishment,
Use Australia’s friendship with Israel to put pressure on the Israeli state to end its illegal military Occupation, respect international law, recognise the right to self-determination of the Palestinian people and commit to peace through a two-state solution,
Visit Palestine regularly to gain an understanding of the realities in the OPT,
Keep informed regarding the ongoing structures of violence and oppression endured by Palestinians on a daily basis in their struggle for self-determination and basic human rights and freedoms. 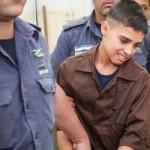 In video footage obtained by Ma'an, Israeli officials have been captured on film hurling abuse at a 13-year-old Palestinian child accused of stabbing two Israelis in East Jerusalem last month during the child's interrogation.

The footage shows segments of the interrogation of Ahmad Manasra, 13, as Israeli detectives yell curses and verbally abuse the child, while questioning him about the incident and his motives.